India hosts 56 of the 2000 most powerful and largest companies in the world, according to the recently released Forbes annual list, and we are honoured to be one of them. Tata Motors was awarded the 'Top Regarded Company' and 'Top Multinational Performer' by the New York-based business magazine.

The American magazine surveyed various public companies around the world and graded them on the reputation of trustworthiness, honesty, social conduct, company as an employer, and performance of its products/services. We managed to successfully fulfil all these parameters, enabling us to retain our position as being among the top 10 Indian Top Regarded Companies. 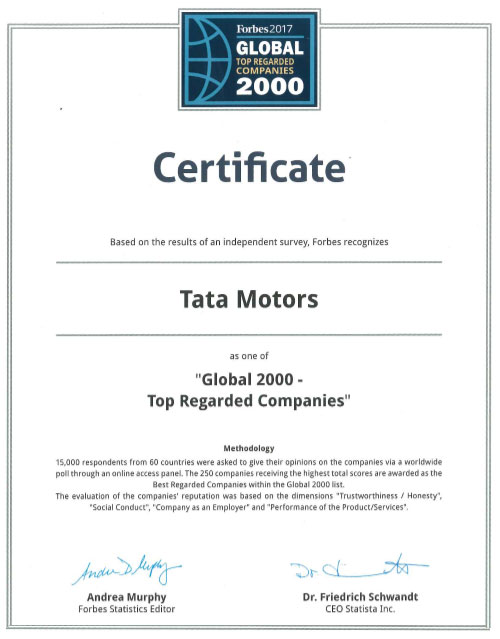 How we were judged to be among the 'Top Multinational Performers'

Apart from being awarded 'Top Regarded Company,' we were also judged to be among the 'Top Multinational Performers.' We bagged the accolade based on our revenue that was generated outside the Indian domestic market, which is one of the highest amongst Indian companies. 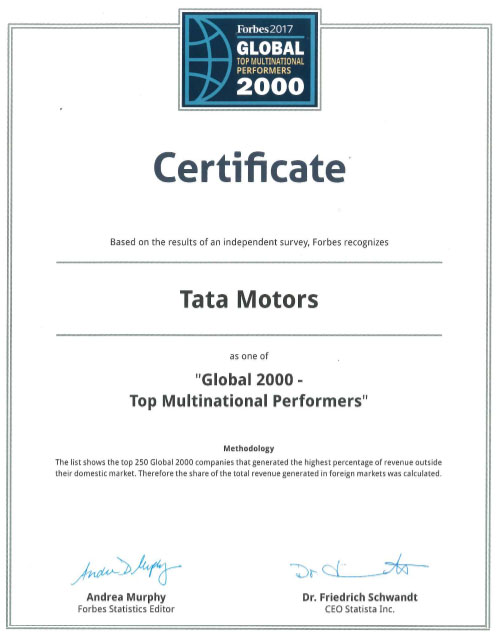 We celebrated the event on our social media pages. Take a look below, and celebrate with us!

Hi-Pots who are driving Tata Motors towards a brighter future