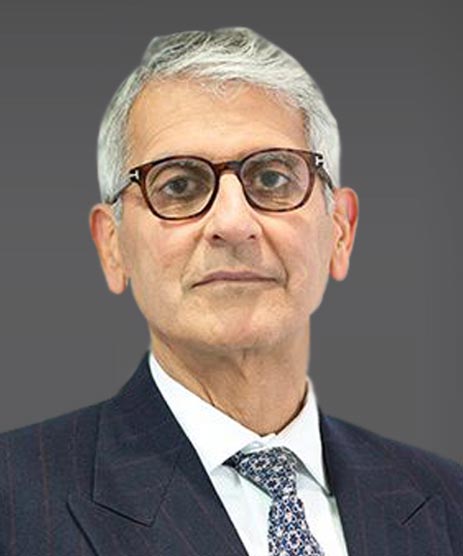 Mr. Al-Noor Ramji is a veteran Chief Information Officer, Board Advisor and Entrepreneur with more than 30 years of experience driving digital strategy and transformation for global enterprises.

Prior to joining Prudential plc in 2016, Mr. Ramji was chief strategy officer of Calypso Technology, Inc., a global application software provider. From April 2010 to June 2013, he was the executive vice president and general manager at Misys Banking, a mid-size software company that serves the financial services industry. From May 2004 to March 2010, he served in various executive roles at British Telecom, most recently as chief executive officer for BT Innovate and Design and Chief Information Officer of BT Group plc. Prior to British Telecom, Ramji was executive Vice President, Chief Information Officer and Chief e-commerce Officer for Qwest Communications. Ramji has also served as Chief Information Officer at UBS (then called SBC) and prior to UBS, as global head of operations at Credit Suisse First Boston.

He was also founder and from 1998-2001, Group CEO of WebTek Software, one of the most successful software houses in India.

Mr. Ramji holds a BSc in Electronics from the University of London, is a Chartered Financial Analyst and has been multi-year recipient of the CIO 100 Award, CIO Insight IT Leader of the Year 2009 and the British Computer Society CIO of the Year.

Mr. Ramji has been appointed as an Additional and Independent Director with effect from May 1, 2022.