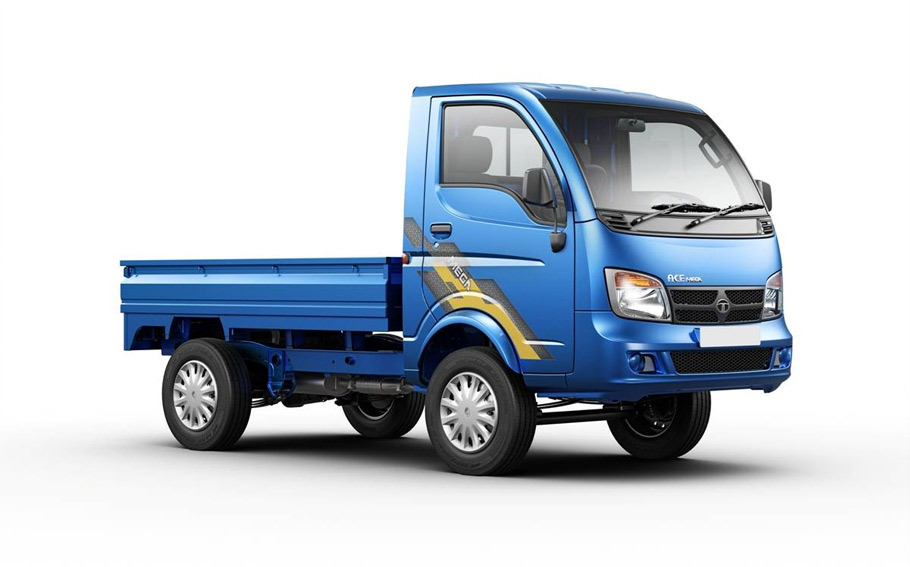 Even as India’s small and light commercial vehicle industry is seeing slow sales, an undeterred market leader Tata Motors
is aggressively protecting its turf in the segment. The company is relying on a strategy to offer more
options to customers. In line with this, it has launched a new variant in the pick- up segment – the Ace Mega.

Powered by a 40bhp, 800cc engine, the Ace Mega is priced at Rs 431,000 (ex-Thane). Tata Motors has actioned the rollout of this new model first in seven states – Uttar Pradesh, Rajasthan, Madhya Pradesh, Bihar, Orissa, West Bengal and Tamil Nadu – with introduction in other states in a phased manner.

Speaking at the launch event in Mumbai today, Pisharody said that due to the market slowdown, sales of small and light commercial vehicles have yet to pick up. “There will be some more time before we could see a recovery in the small and light CV segment,” said Pisharody.

Speaking on the government’s deadline of implementing ABS and speed limiters in commercial vehicles, Pisharody said that Tata Motors has not seen any significant rise in sales due to advance purchases as expected earlier. However, the automaker does expect a rise in sales in September.

“The sort of buying rush that we were expecting earlier has not happened yet, but we do see these things turn overnight as there is a bit of mass mentality, so there will be some pick up,” Pisharody said.

“Speed limiters and ABS will increase the cost on these vehicles by Rs 30,000-40,000. But we have not yet decided on the pricing strategy yet. The changes we do in October will be decided in the middle of September,” he added.