Aarogya, our health initiative, focuses on overall well-being of both, urban and rural communities.

Our initiatives try to address malnutrition in children who are between 0-6 years of age. Apart from providing supplementary diet and nutritional supplements to malnourished children, the focus has been to work on preventive measures like enabling behavioral changes in communities, especially the young mothers and parents, through awareness sessions, providing ante-natal and post-natal services.

Added to these interventions are the curative health care services wherein the communities are serviced through diagnosis, administration of generic medicines and consultations. Access to safe drinking water is another concern that our initiative Amrutdhara aims to address.

Our health program has benefitted 3,82,888 people. Over 74% of the malnourished children are in healthy category and there has been positive change in the knowledge, attitude and the behaviour of the communities on health. Infusing sustainability is core to our approach; therefore, we strengthen institutional delivery mechanism by enhancing the capacities of the personnel from the government on one hand while mentoring communities to take ownership of programmes on the other. 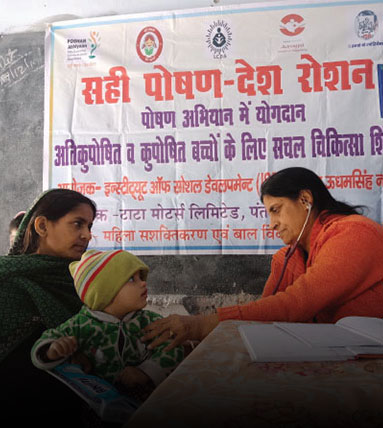 The story in numbers

Team Pune started working in Kalakhadak slum area, which had nearly 55% of the population hailing from SC/ST background. Basis of the high level of vulnerability of its residents, it started the malnutrition project with Snehdeep Jankalyan Foundation and Sneha Foundation. Inadequate water and sanitation facilities coupled with migrant population base yielded limited results.

One of the hallmarks of the intervention has been that women from the community have volunteered to encourage others to participate in the programme. Shopkeepers selling junk food have discarded it from their shelves and have replaced them with nutritious food. They nudge the children to exercise better food practices. Apart from this, strengthening the institutional mechanism is the key to the success of this programme. The team organises capacity-building workshops for the ICDS personnel and equips the infrastructure of Anganwadi for better services. 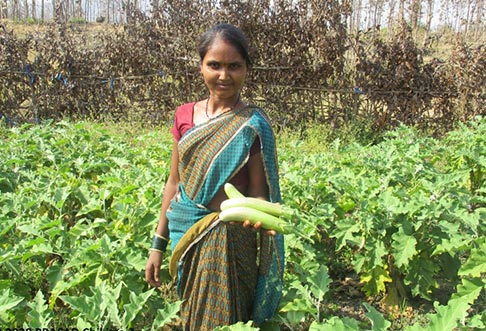 Improvising on various models to address malnutrition, Tata Motors in partnership with Thane based NGO called Prasad Chikitsa experimented with revival of the traditional practice of maintaining a garden along with supplementary diet to families that had malnourished children. The family members were trained on scientific cultivation methods with improved variety (10 varieties) of seeds on a plot measuring one hundred square metre area. This simple intervention had far-reaching impacts.

Tata Motors has been working significantly towards eradication of leprosy in areas around Jamshedpur. We have our own in-house facility “Antyodaya Ashram” working towards eradication and rehabilitation of those contracted with leprosy. Every year, the CSR team surveys over 30000 households across Potka, Golmuri, Jugsalai and Dhalbhum sub-divisions of East Singhbhum, Jharkhand. It has contributed deeply in improving the quality of life of the leprosy-affected through continuous health initiatives and providing indoor facilities to the patients every year. 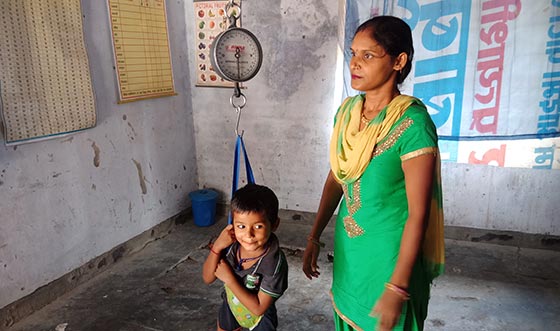 Tata Motors has institutionalised an in-house malnutrition facility to combat malnutrition in East Singhbhum in collaboration with the Government of Jharkhand. Tata Motors led to institute a state of the art Malnutrition Treatment Center (MTC). The admission, treatment, preparation of feed, methodology of feeding and hygiene, discharge and follow up treatments are maintained as per WHO protocol. The average stay of a child for treatment ranges from a minimum of 15 days to 20 days depending on the severity of the malnutrition.

Mothers are oriented and demonstrated on kangaroo care, hygiene, preparation of therapeutic and supplementary feed and exclusive breast feeding. During the stay the mothers are paid a daily wage compensation, free healthy meals and after discharge called upon for four follow-up visits so that the child does not regress. Looking at its effectiveness, the government has replicated this model across the state.