TML has planted 1,10,101 saplings (of indigenous varieties) across locations and ensured their survival rate is significantly high (85%). At few locations, these places have turned into microhabitats which host varied species of flora and fauna. Our environmental awareness programmes aim to sensitise young children, and we have been able to reach to 90,575 persons, making these one of the dynamic green initiatives by corporates in India.

The story in numbers 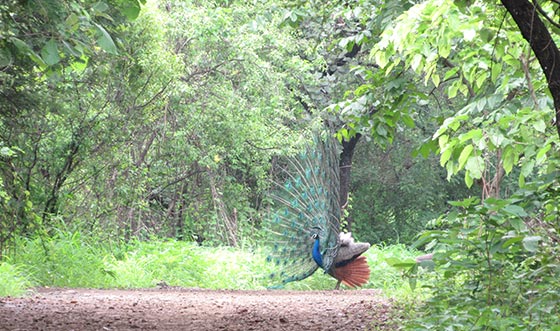 The project on urban forestry in Pune has transformed over 100 acres of barren land and into lush green urban forests. These sites become a microhabitat for lifeforms and recreational attraction for urbanites. It serve as lungs for an area of 5-kilometre radius and hosts over 1200 citizens every day who play a vital role in its upkeep.

However, the story was not the same 5 years ago when the project began. One of the patches of these urban forest lands was encroached and exploited by quarry miners and land mafia. Tata Motors collaborated with TERRE Policy Centre to pilot on the concept of Urban Forestry. Starting with planting mature saplings over 17 acre of land, results were very encouraging with over 85% survival. The project gained success and was scaled by planting over 50000 saplings, thereby setting a new standard as a sustainability initiative in Indian companies.

These barren patches of neglected land have now transformed into micro forests with 40% canopy cover, hosting 10 species of animals and reptiles, 50 avian species, 200 species of insects and 15 species of vegetation. They act as carbon sinks for 3 lakh kilograms annually and factory for oxygen with annual oxygen production of 20 lakhs kilograms. They have also reduced soil erosion by 130%. The forest produce provides livelihood to community through fodders, fuel and fruits.

Many other corporates like Persistent Foundation, JSW have replicated this model in other locations like Dolvi and Alibagh. The essence of these green initiatives by Indian companies rests in the high degree of ownership by citizens and constant vigil by the government and by all stakeholders, especially the local communities and citizens.

Paucity of land for tree plantation got Manav Seva Sangh – our NGO partner in Sanand, thinking for creative approach. They soon realised that many institutions including schools have huge pieces of land with long fences, and decided ‘Why not add a bit of greenery along these long fence boundaries?’ And this way, they started the sapling plantation along these boundary lines. Water and upkeep were not much of a challenge as the institutions were well-equipped. These fence gardens not only add to the aesthetics but also attracted butterflies that were seen after ages. Going a step further, Manav Seva has started gifting sapling to individuals who buy a new vehicle – as a thoughtful reminder of responsibility one has to undertake with each action that increases our carbon footprint.