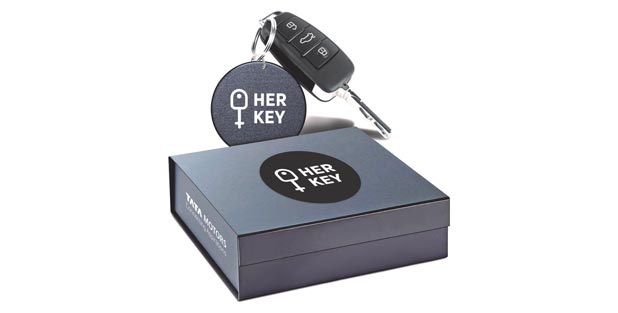 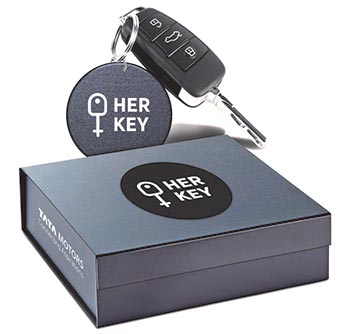 To commemorate the International Women’s Day, Tata Motors has kick-started its ‘Her Key’ initiative to inspire more Indian women to get behind the wheel and take up the Driver’s Seat. Indian women today, are progressing very fast and have proved themselves across various fields & walks of life. Their contributions are significant and contribute to country’s growth. However, women make only 11% of all the drivers on Indian roads today. Lot of Indian women still refrain from driving and are hesitant or feel under confident towards it. We want to change this situation.

Drawing inspiration from the contributions of women to the society, TML believes that encouraging more women to drive will have far-reaching benefits for society. It seeks to make women realise the sense of independence that one attains when one learns driving. Hence, this Women’s day, Tata Motors has rechristened the second key of its vehicles as "Her Key". The "Her key" initiative seeks to encourage women to take charge of their lives. Not just take the wheel of the car in your hands but take the wheel of your life in your hands

Speaking on this initiative, Mr Sibendra Barman – Head, Sales, Marketing & Customer support PVBU, Tata Motors, said "Inspired by the women who get behind the wheel every day, we at Tata Motors are striving to kick-start a movement which encourages more women to take up the driver’s seat. Hence, this Women’s Day, Tata Motors has rechristened the second key of its vehicles as ‘Her Key’ because we believe it is liberating for a woman to drive. We are confident that this initiative will instil a lot of self-belief and help overcome the inhibitions of Indian women when it comes to driving and encourage them to get behind the wheel more often."